Story of Rajio Taiso in Tokyo 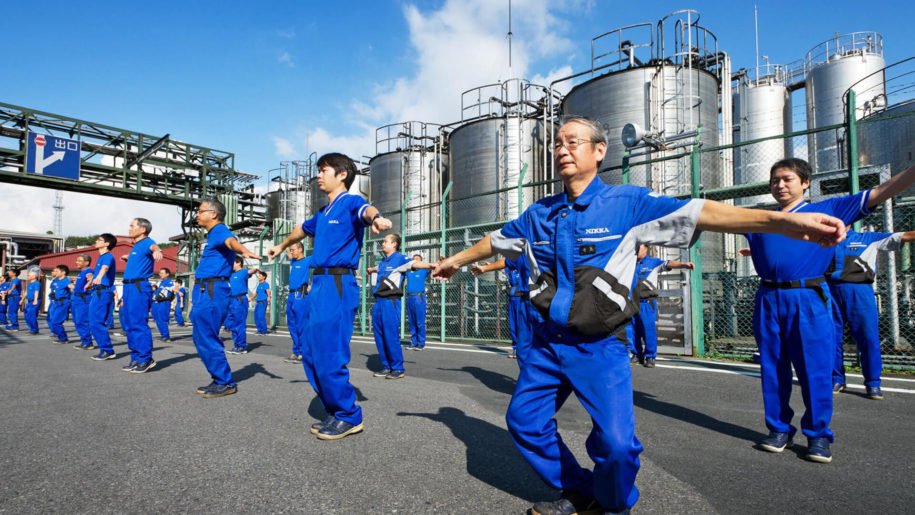 Story of Rajio Taiso in Tokyo

Exercise, the story of rajio taiso found throughout Tokyo and across the country of Japan.  Before I explain that…today we assumed a new morning routine getting ready for online schooling beginning next week. Both our girls have birthdays in the next month, so I let them do a little online shopping. To say they were excited is an understatement, sometimes it Is the little things. It rained so we did some exercising inside and got out to briefly walk Wasabi in between the downpours.

Exercising keeps the mind centered and sharp, a part of a healthy lifestyle which we have always tried to stress to our kids. The Japanese believe this too. Not only is there a lot more walking in Japan, but most everyone does some exercise, even those who may be wheelchair bound.

A few years ago, when we lived in Japan, I was on a run around the base flight line and saw Japanese workers in Tokyo in a circle outside in uniform. They worked at the manufacturing plant next to the base. They were counting in unison stretching and then exercised together for about 10-15 minutes.

While living there, we would see this everywhere, usually early at the beginning of each work shift or at shift change. This always struck me as another harmonious aspect of Japanese culture.

I didn’t know what it was called then but do now. It was an example of “rajio taiso” or radio calisthenics. It has an American origin but never really took off here, and since 1928 has become a part of Japanese culture across the country at work sites, schools and before large events. The main radio/tv station in Japan, NHK, broadcast rajio taiso four times a day and there are two routines, including one for people to complete while sitting down. Many simple routines are on YouTube and Japanese television, please check out this article that explains it more in depth:

And here is an example of what I am talking about…

Something I have always admired about Japanese culture, is its view of a person, full circle. Rajio taiso is an example of this, it promotes self-health and community.

To find out more about Japanese culture and other aspects of the Tokyo lifestyle,  see a variety of Tokyo Tours that we are currently offering.